The Dustless Blaster works by mixing water and abrasive inside the blast tank. By introducing water we’re drastically increasing mass and energy the machine is putting out, while eliminating dust. Imagine throwing a handful of dry sand, versus throwing a handful of wet sand; which one is going to have a more significant impact on the target?

Not only will the wet sand hit the target harder, but it won’t disintegrate and become a cloud of dust like the dry sand will. This is the very simple principle behind Dustless Blasting. The Dustless Blasting system has the following advantages over the old, outdated dry blasting method:

Minimal Dust: ­ The abrasive gets trapped in water and grounded, eliminating the plume of dust.

Abrasive Flexibility: ­ The Dustless Blaster can use almost any abrasive that sinks in water.

No Warping: ­ The water prevents friction and won’t warp thin metal like sandblasting will.

Safe for Workers: ­ Recycled bottle glass contains no free silica, the leading cause of silicosis.

Less Containment Needed: ­ In most cases, expensive, time consuming containment doesn’t need to be set up.

Doesn’t Affect Nearby Workers: ­ Never sacrifice productivity, other workers can work nearby unaffected.

APPROVED BY THE FOLLOWING PAINT MANUFACTURERS 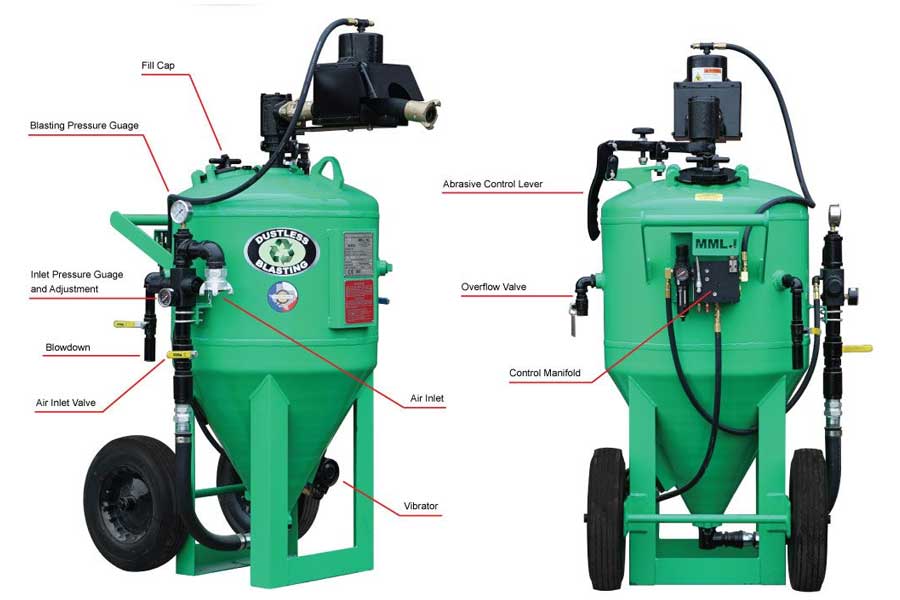